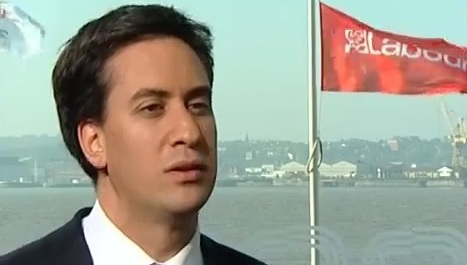 Can Blue Labour beat Back the purple onslaught?

Two and a half of years ago when the â€˜Blue Labourâ€™ group of thinkers in the party first made their mark there was quite a bit of a stir. The â€˜blueâ€™ in Blue Labour was â€˜small câ€™ conservativism among working class voters â€“ it was blue collar. But in a party that wraps itself in all things red, even the name raised eyebrows. At its heart, leading proponents Jon Cruddas took to arguing that Labour needed to be much more mindful of votersâ€™ sense of . As a Catholic and MP in a working class area, heâ€™d met the voters that were becoming culturally alienated by New Labour had little to offer them.

In contrast to â€˜New Labourâ€™, Blue Labour recognised that globalisation was far from universally positive. The role of the City of London in undermining the working practices of Billingsgate Fish Market was offered up as an unlikely shorthand for something bigger going on. Capitalism was killing working class conservativism and Labour had nothing to say about it. Blue Labour understood the tremors large scale and unplanned immigration could shake and destabilise traditional close-knit communities. Going further back it recognised that some of the cultural changes, from the 60s onwards, had left some members of the working class (particularly men) uncertain of their roles and shorn of the dignity or previous generations. Â Cruddas had spent many years fighting back the BNP in his borough and although Labour succeeded in doing so, the experience had left its mark.

Cruddasâ€™ ally Maurice Glasman went further and began speaking of the value of Labour leading the debates on immigration caps and even of the need to engage with those attracted by the English Defence League. This caused great controversy with Labour MPs such as Diane Abbott and activists who instinctively recoiled at such proposals and saw it as a softening of its anti-racist stance and warning it was a â€˜blind alleyâ€™ for the party. The relationship between Glasman and the Leaderâ€™s office cooled, but other ideas heâ€™d been promoting on the economy such as regional banksÂ Â have since emergedÂ Â as Labour policy backed by Ed Miliband.Â

Other concerns were raised about Blue Labour from feminist strand in the party. One Shadow Minister Helen Goodman argued that blue Labour was sexist and reflected a traditional society back in time where women had their manâ€™s dinner on the table when they came in from work. She wrote â€˜Perhaps it is political and intellectual independence which is the worry, perhaps women should be excluded again from the professions and higher education? It is noticeable that Blue Labour seems to be an entirely male clique.â€™ Â This was a clear response from Harriet Harmanâ€™s wing of the party which refuted the charge that they embodied a â€˜metropolitan liberalismâ€™ that had a limited electoral appeal.

There is now some anxiety within Labour following the South Shields by-election. Despite the positive headline result there is an appreciation that underneath it something new was happening.

A sizeable number of Labour supporters in South Shields defected to UKIP while it was former Lib Dems who lent their vote to Labour and in doing so masked the drop in support.

Itâ€™s getting people thinking again as to what should Labourâ€™s response to UKIP should be.

When you listen to what working class UKIP supporters are saying itâ€™s hard not to be drawn back to Blue Labourâ€™s focus on â€˜faith, flag and the familyâ€™ and the need to offer far greater practical protection against the excesses of globalisation. UKIP tap into thatÂ uneasy longing for a slightly different way of life.Â Itâ€™s not without risks for Ed Miliband. It could alienate some of the partyâ€™s newer Lib Dem support and there will be plenty in the party vocally against it, including his Deputy. But if Labour doesnâ€™t start insulating itself against UKIPâ€™s surge and really reconnect with some of its lost working class voters, then it will store up problems for the future. I can’t see UKIP disappearing any time soon.Â

Blue Labour began writing up their thoughts and ideas before the UKIP emerged as a potential headache for Labour. Jon Cruddas has a knack of being ahead of the game and as Chair of the Labourâ€™s Policy Review is ideally placed to some of the policies that combine around social conservatism and economic interventionism and beat back UKIP. Many in the party currently seem to be enjoying the Conservative trauma at the UKIP surge, but if Labour buries its head in the sand then itÂ could be next.