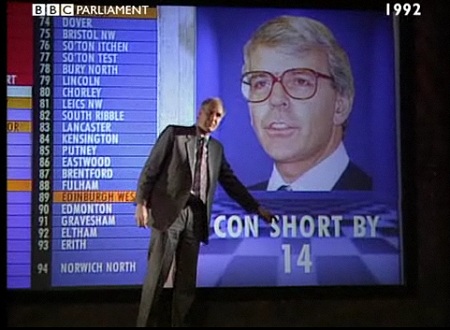 Will we ever see a result like this again?

I hope you are watching the re-run of the results programme on the BBC Parliament channel.

As can be seen from the screen-shot above the exit poll was very much out – as were the final opinion polls. Only one of them, Gallup, showed a Tory lead and that was of just 0.5%.

In the end the blue team won a majority and a GB vote lead of 7.5%. This was an appalling night for the pollsters