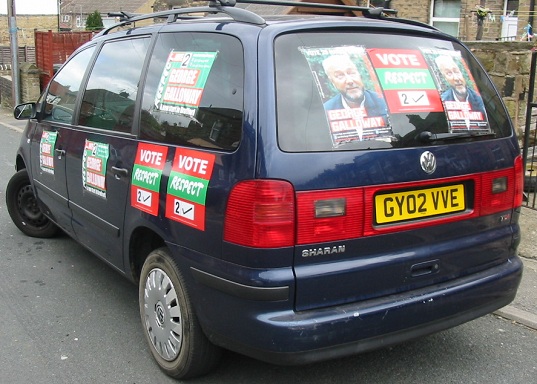 The “old way” failed to deliver for Labour

While I was at Tesco yesterday, I bumped into a local Labour politician who knows the ground there well, who was involved in Labourâ€™s campaign and whose judgement I trust. I put it to him that I expected Labour to win by about 11,000. He said that two weeks ago, so did they.

Before going too far into the minutiae, some context. Bradford West was frequently misdescribed in the media as a safe Labour seat. That was always wrong. While it returned Labour MPâ€™s at every election from Ted Heathâ€™s defeat on – including in the Tory landslides of 1983 and 1987 – it also came quite close to voting in a Conservative in 1997 of all years. It has gone its own way almost regardless of the national swing. All six of its council wards have elected Conservatives at some point in the last eight years. Put another way, party allegiance is unusually weak there.

There seem to have been various factors that contributed to the upset.

The old style of election campaigning in the heavily Mirpuri-heritage voter areas failed. This was to go through â€˜familiesâ€™ and senior figures in the community who could then often deliver hundreds of votes on their influence and word.

For the first time, there was a huge rejection of this not just by the young generation but cascading upwards from there.

While this must have been happening at least a week out – the postal votes broke for Galloway – it was only in election week that my Labour contact felt that something wasnâ€™t right when canvassing. One reason appears to have been a very genuine enthusiasm for the Respect candidate that was spread through social media between voters but which was also contained from the other partiesâ€™ campaigns.

Galloway also pulled in votes from the white areas, even though he didnâ€™t spend much time campaigning there, taking them from former Tory, Lib Dem and minor party candidates (including ex-BNP voters), presumably on the basis of a similar two-fingered salute to the mainstream. That was clear from the figures but itâ€™s helpful to have confirmation.

One thing that my contact did say was that Imran Hussainâ€™s background as an established local councillor in the Asian community did have a significant effect on the vote (presumably that part of the old-style mosque/family vote which stayed loyal) and that someone from outside might well have cost Labour another five thousand votes, leaving them â€œfighting it out with the Tories for second and thirdâ€. Had that happened, Galloway might well have outpolled Labour by eight or more to one.

As for issues, the celebrity factor of Galloway played a big part, as apparently did Ed Milibandâ€™s leadership – or lack thereof – but the resonance of his foreign policy platform canâ€™t be ignored. Galloway also rode local opposition to failings or unpopular decisions from City Hall in Bradford, which helpfully for him incriminates all three main parties as Labour took over two years ago from a Conservative minority administration that had Lib Dem â€˜confidence and supplyâ€™ backing.

The election was something of a one off. Few electorates have such weak party identification or the sort of community network where a bandwagon effect can gain so much momentum so quickly. Equally, few celebrity politicians could generate and harness as much enthusiasm in a constituency – and itâ€™s worth noting that Galloway also failed twice in trying to replicate his 2005 triumph before his success this week. Still, what can be done once can be done again.

David Herdson is Tory chair in the neighbouring constituency