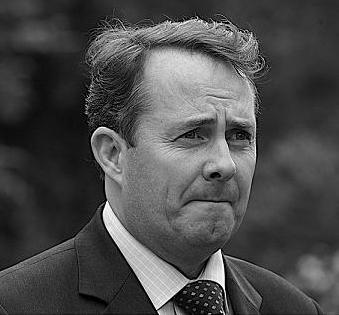 Defence Secretary now just 5/4 to be next out

Recent months have been fruitful for anyone engaged in setting odds in a â€œNext out of Cabinetâ€ market, as Shadsy may attest. Hague, Cable, and Huhne have all been involved in stories that have seen their prices tumble â€“ but all remain in post, for now at least.

Liam Foxâ€™s job now looks to be very much in the balance, with serious questions over his best man Adam Werritty, with video and email evidence appearing to contradict Foxâ€™s denials that Werritty had been present at meetings with foreign dignitaries â€“ with the video showing him shaking hands with the Sri Lankan president and emails suggesting that Werritty had been trying to arrange a meeting with businessmen in Dubai.

A full MoD inquiry on the matter will be reporting in two weeksâ€™ time, but in a sign of how serious an issue this is for the government, Cameron has now ordered Gus Oâ€™Donnell to examine the preliminary findings and report them to him on Monday morning – and â€œinsider sourcesâ€ donâ€™t make comfortable reading for Fox:

“Liamâ€™s behaviour is madness. The PM is very fatalistic about these things: s*** happens. If Liamâ€™s got to go, heâ€™s got to go. It looks bad… This is much worse than what William did – Werritty is so heavily involved with Liam and the meetings go back so far.”

‘A senior Downing Street source said: “It is difficult to know who is going to go first â€“ Fox, [Chris] Huhne or [Ken] Clarke. If we were having a reshuffle we would get rid of him.”‘

Fox has robustly defended his position, telling the Sunday Telegraph: “I have absolutely no fear of complete transparency in these matters. I think there are underlying issues behind these claims and the motivation is deeply suspect.” In another damaging disclosure for Fox, it has also been revealed by an MoD source that Werritty was involved in arms deals – and also of having such a meeting without an MoD official present.

Is the Defence Secretary now in very real danger of an imminent departure? Unlike previous stories that have fizzled out, will this be the one that â€œcomes inâ€? Ladbrokes have now cut the odds for Fox to be next out to just 5/4, ahead of Chris Huhne at 3/1 â€“ have you had a punt?

Elsewhere in the Sundays: