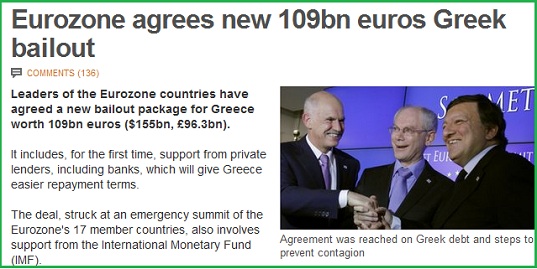 Will the parliamentary recess make this less of an issue?

The big news this evening has been the agreement in Brussels of a bail-out deal try to solve the Greek crisis.

For Britain a critical element will be the pressure this takes off UK banks who, after France and Germany, had the greatest exposure.

On the political front ministers must be quite relieved that parliament won’t be sitting again until September.