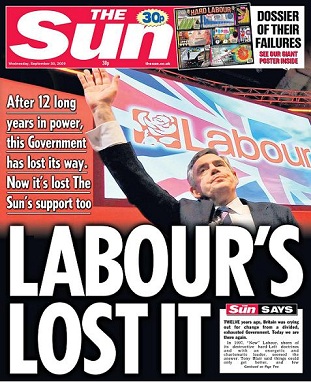 But did they switch to the blues BEFORE the paper did?

We all recall, I’m sure, the front page of the Sun for its edition on September 30th 2009 – the day after Gordon Brown had made his big speech in the final Labour conference before the general election.

I was at the Brighton conference and well remember the fury of delegates – not just at the paper’s decision but at the fact that it was timed to cause maximum damage to the party. 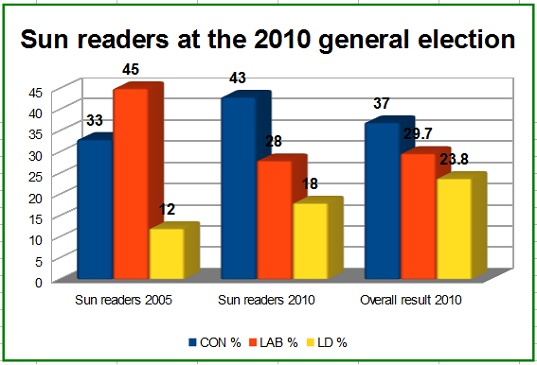 Yet according to the latest book on the election, Explaining Cameron’s Coalition

by Bob Worcester, Roger Mortimore, Paul Baines and Mark Gill, almost all this change had happened BEFORE the Sun announcement. The paper was merely following its readers.

The authors, in what is a superb work full of enough facts and figures to keep the average PBer occupied for weeks, note that in the January to March period Sun readers, according to Ipsos-MORI, moved sharply against the Tories though this was more than made up during the election campaign itself.