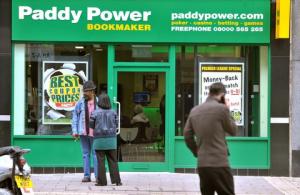 “Victory for the Lib Dems in Oldham is now as unlikely as Manchester United finishing at the bottom of this yearâ€™s Premier League with Roy Keane in charge!” – Ken Robertson, Paddy Power”

Fine – but how come that you are only offering 7/2 against Elwyn Watkins – the Lib Dem candidate. If it was that remote then surely you’d be happy to to lay bets at 100/1 or longer.

Political punters are interested in odds – not hyperbole. It’s okay making statements like this if you are ready to back your judgement up with a proper price.

UPDATE: I just tried to bet on the Lib Dems with PaddyPower at 7/2. The most they would let me put on was 51 pence. 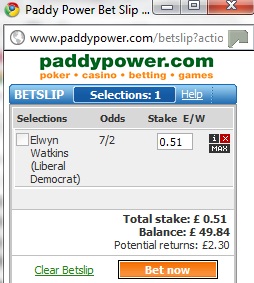