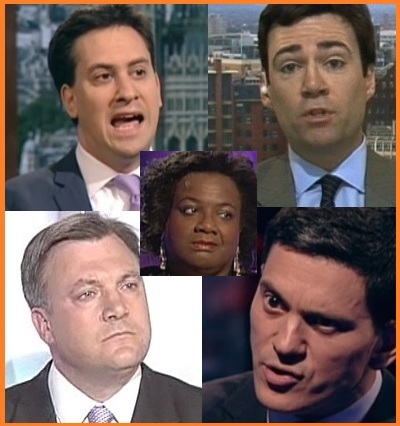 As the Labour leadership rumbles on the contest appears to have taken a settled shape. The next phase is the big union nominations however itâ€™s possible to make a judgement on how two thirds of Labourâ€™s Electoral College will now vote.

As most PB readers know the college is split into thirds between Labour Members of Parliament, Labour Party members and those in affiliated societies who pay a political levy. The latter include trade unions as well as socialist societies such as the Co-operative Party and the Socialist Health Association.

I have previously argued that Ed Miliband is ideally positioned to win the contest by gaining second and third preferences from his rivals. Having seen the breakdown of one affiliateâ€™s voting, I am now even firmer of this view.

The Socialist Health Association has published the preferences and transfers of those taking part in their nominations. Their members may be a touch to the left of the typical Labour Party membership and represent a relatively small sample, but they demonstrate the huge ability of Ed Miliband in hoovering up preferences. This could well happen up and down the country in trade unions and among members:

The first to be eliminated was Ed Balls, perhaps surprisingly followed by Shadow Health Secretary Andy Burnham, Diane Abbott was eliminated next and then David Miliband. Ed Miliband was eventually the comfortable victor and note how his lead widens with each round of transfers.

Among the MPs we know that David Miliband received the nomination of 81 MPs, Ed Miliband 63, Ed Balls 33, Andy Burnham 33 and Diane Abbott 33. I will expect Diane Abbottâ€™s tally to reduce dramatically in the final reckoning â€“ perhaps to as few as 10. I predict the chief beneficiaries will be David and Ed Miliband although Ed Balls should pick up some from Andy Burnham. I believe David Miliband needs to be some way further ahead of this section of the college to counter his weakness in gathering transfers.

The Constituency Labour Parties (CLPs) are also making their nominations known and an even more striking two-horse race emerges. According to www.labourlist.org David Miliband has the nominations of 73 CLPs; Ed Miliband has 57 with Diane Abbott on 13, Andy Burnham on 10 and Ed Balls trailing badly behind on just 6 CLPs.

While the CLP nominations wonâ€™t formally count for anything, the growing realisation that this is a two-horse race and will undoubtedly assist Ed Milibandâ€™s chances of receiving the support of some of the big unions. My information suggests that David Miliband has next to no chance of picking up the support in the national political committees of Unite, Unison, GMB or the CWU unions. The desire of many union leaders to â€˜pick a winnerâ€™ will surely mean that Ed Milibandâ€™s strong showing among MPs and CLPs will put him ahead of Ed Balls and Andy Burnham â€“ despite their huge efforts to cultivate Unite and Unison respectively.

David Miliband is running the most professional campaign by far and I hear whispers he may receive a valued endorsement any day soon. However unless he can considerably pull away from his brother, he will surely be reeled in once transfers kick in on all sections of the college – as the Socialist Health Associate figures so clearly demonstrate.

Despite not knowing for certain how the big unions will fall, I believe Ed Miliband should be evens at most to be the next Labour leader. He remains the clear value bet.