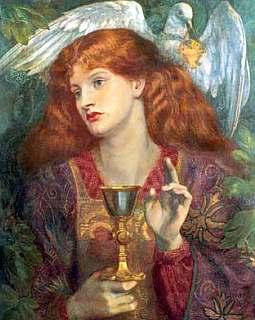 All electoral systems have flaws. Some are philosophical, some are technical, some esoterical, some are merely anathema to one party or another on grounds of perceived electoral disadvantage. In the UK, objections to Proportional Representation have tended to revolve around the loss of the constituency link and the realisation that majority government would become a thing of the past.

Recently however, the flaws of FPTP have been thrown into sharp relief. Aside from the perennial unfairness to smaller parties, the Expenses Scandal raised serious questions about the wisdom of having mostly safe seats, and the increasing pro-Labour bias in the system raised the prospect that the Tories might never again govern alone. In 2010, as many had predicted, FPTP failed to deliver its primary objective, a clear result. With 36% of the vote, and a clear lead, the Tories fell well short of a majority, whereas in 2005, 36% and a narrow lead had, rightly or wrongly, rewarded Tony Blair with handsome majority. The 2010 election, at first glance, provides little evidence that the pro-Labour bias in the system has receded.

What should the objectives of any new electoral system be, and how well do proposed alternatives meet them?

1. Fairness to Parties. The significant pro-Labour bias in the current system is worrying, as is the constant handicap under which the LibDems struggle. However, critics of alternatives fear the rise of extremists and splinter-parties.

2. Fairness to Voters. In 2010, as in 2005, a majority of voters came away from the polling booths with nothing. Another 20% may as well have not have bothered, as their votes were surplus to requirements, and did not influence the result. A new voting system must make every vote count equally, and re-connect with the voters.

STV is an elegant, responsive system, which abolishes safe seats, makes nearly all votes count equally, and extends voter choice. However, in its current form it does not guarantee exact proportionality, and in a close election could deliver a wrong-winner result. An overall majority for any party is unlikely, and there is a lingering feeling that second or lower preferences should not have the same weight as first preferences. It would also most likely be modestly pro-Labour and pro-LibDem and modestly anti-Tory. It would also abolish the single-member constituency, although it must be recognised that no significant progress in meeting both the objectives stated above can be made while retaining it. Moreover, contrary to perception, single seats are not a feature of the British electoral system since time immemorial. Two and three member parliamentary constituencies have existed in the past, and continue to exist at local government level.

AV is an explicitly majoritarian system which retains the single-member constituency and is, in a limited sense, an improvement over FPTP, in that every MP must at least gain the acquiescence of a majority of the voters. However, it does not abolish safe seats, and may produce even more lop-sided national results or wrong-winner elections. It also would most likely provide only slight benefit to the LibDems, while maintaining or even increasing the pro-Labour bias.

AV+, as recommended in 1998 by the Jenkins Commission, was a kludgy compromise, basically grafting a “corrective” list on to AV to make it more proportional. It is extremely inelegant, confuses voters by offering them two different types of vote, creates two different categories of MPs, lacks credibility by permitting “zombie” MPs to exist [those “killed off” in a constituency yet “resurrected” via the list], does little to extend voter choice or to reduce safe seats, and may require further corrective MPs, drawn from a list, if the system fails its objectives and an uberhang situation arises. However this system (or at least its FPTP+ variant) operates in Germany, New Zealand, the Scottish Parliament and the Welsh Assembly reasonably satisfactorily.

Pure List Systems, as used in parts of Europe, while delivering highly proportional outcomes, are anathema to many in Britain, as constituencies are largely abolished, safe seats [a high position on the list] are entrenched, candidates never face the voters directly, and as we saw in the Euro elections last year, “extremist” parties are given the easiest route into the legislature. The election of independents is also very difficult under list systems.

Interestingly, the Jenkins Commision in 1998 stated that instead of selecting one of the “off-the-shelf” systems mentioned above, a new bespoke electoral system for Britain should not be discounted. However none appears to have been seriously put forward. Should that be the end of the matter?

About three years ago, I came across an obscure paper written in 2000 by JDA Wiseman, who appears to be a British financial analyst living in Paris. I was impressed by his refreshing out-of-the-box thinking and his suggested electoral system – PR-Squared.

What is PR-Squared?
In essence, PR-Squared would offer a predictable, equitable method of translating votes into seats which appears eminently fair and sensible, yet – crucially – retains the prospect of single-party majority government if both a reasonable proportion and a reasonable plurality of voters prefer this result. It also has the highly desirable property of ensuring that every first preference vote – and only the first preference vote – counts equally in achieving this outcome.

How does PR-Squared work?
Firstly, all votes for all candidates for each party are totalled across the nation. [Wiseman suggests doing this UK-wide, but that would be completely unreasonable to the Nationalist and Northern Ireland parties. Performing the calculation separately for each of the four nations would be required.] The seats in the Commons are then allocated in proportion to the square of these totals. So votes in the proportions X:Y:Z would produce seats in the proportions X2:Y2:Z2. Any schoolboy with a pocket calculator could calculate the outcome with ease.

Wiseman also suggested retaining the single-member constituency, but unfortunately this aspect of his system is impractical, since it would mean that many seats would elect MPs who had not in fact topped the poll locally. This appeared to me to be a fatal flaw in an otherwise excellent system, until recently I happened to study a paper by a statistics professor, Anton Buhagiar, suggesting unrelated improvements to STV in Malta. Suddenly it clicked! PR-Squared could be combined with this system to deliver perhaps the Holy Grail of electoral reform.

What are the benefits of PR-Squared?
i) Every vote everywhere directly determines the national result. Parties would be incentivized to seek votes from Lands End to John’O’Groats, not just in the marginals. Parties would necessarily be encouraged to run “vote getters” everywhere, and not to run candidates who were a political liability anywhere. A good Tory candidate in Liverpool or Glasgow would be as crucial to the national outcome as a good candidate in Surrey. Parties would immediately reconnect with the voters.

ii) At a stroke, electoral bias would be removed entirely. Since the national vote totals are what really matters, the boundaries become irrelevant. All parties would be presented with a level playing-field. The Sisyphean task of tinkering with the boundaries to redress electoral bias is made redundant, and boundaries could more properly reflect actual communities.

iii) No safe seats for individuals. While parties may still have their core regions, every candidate there and elsewhere would have to compete equally against others for the privilege of being elected. Electors may have succeeded in dumping Balls in Yorkshire, while keeping Palmer in Notts, irrespective of the national outcome.

iv) Addresses regional imbalances in representation. The tendency under FPTP for sub-regions to produce wipe-outs for a party would be reduced. Pockets of minority support would still gain representation.

v) Overall majority possible (on about 40% and a clear lead.) In other words, PR-Squared can guarantee what FPTP has now failed to deliver, and may well fail to deliver again. Under the system, the elections of 1979, 1983, 1987, 1992, 1997 and 2001 would have still produced overall majorities, while 2005 would have been a hung parliament, an outcome which is arguably fairer in that case. Landslides would be moderated.

vi) Coalition preferences are revealed in the case of a hung parliament. Coalition building is placed in the hands of the voters.

vii) No possibility of wrong winner election. No other constituency-based system can guarantee this.

viii) Treats third-party fairly, while keeping out extremists and micro-parties. At every election in the past the LibDems would have won many more seats, while the BNP would be unlikely to win any.

ix) No silly top-ups, lists, two-classes of MP or “zombies”. Every MP would represent a constituency.

x) Gives voters a choice of candidates within parties. Every MP would have to face the voters, and risk being defeated by a candidate of his/her own party.

The only drawbacks with PR-Squared are that machine-counting would be desirable (although not essential), and that the basic system would make it unduly hard for independents to be elected, although there is a fair and straightforward workaround for that. Extremist parties would find it just about as hard as under FPTP, although additional hurdles could be created with ease, if required.

I really think this system has a lot to commend it. It has something for everyone, some unique benefits of its own, and no insurmountable objections. For the Tories there is an instant level-playing field and the prospect of majority government. For the LibDems a much fairer share of seats, as well as their favoured STV component. For Labour, a more geographically-even distribution of seats, and the knowledge that in a hung parliament, a Lib/Lab coalition may at least have had the explicit endorsement of the voters.