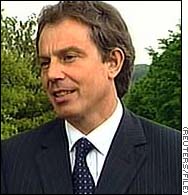 Will Tony, Peter and Michael hang on to their jobs?

While the focus has been on by-elections and their implications for the General Election there continues to be lots of activity on the people markets – particularly on those involving Tony Blair.

Given the confident way he dealt with the Butler report and the by-election aftermath we think that the odds on Blair to be Prime Minister Before End of Next General Election at 8/15 are pretty generous. We can’t see him going whatever his next door neighbour might think. If you consider that he will step down then the price is 11/8.

Another market – Labour Leader at the General Election – has 2/5 on Blair which is the same bet as the one above but at not so generous a price. The odds on Gordon Brown, meanwhile, are out to 11/4. For a day in May he was below evens and ahead of Tony Blair.

For those who think that Tony Blair will just go on and on as PM then William Hill have Blair to be Prime Minister Longer Than Mrs Thatcher. You can get 1/2 on the No option and 6/4 on yes. Given that Mrs Thatcher did eleven and a half years and Blair has done just over seven you would be almost better off putting your money in the building society and it would be less risky.

William Hill have 3/1 on Peter Mandelson Not To Last Full Term As European Commissioner. Looking at the form book this might be a good bet!

In spite of the recent problems for the Tories Michael Howard is the very strong favourite to be Tory leader at the General Election. Current odds are 1/10. Second favourite is Oliver Letwin at 22/1 and William Hague at 26/1. You can only get 74/1 on IDS – which seems a bit mean.

TRIVIA QUESTION – Should the Tories have chosen an Oxford graduate representing a constituency with the A1 trunk road running through?

If Michael Howard does make it to Number 10 he’ll be the first Cambridge-educated occupant since Baldwin in 1935. Folkestone is on the A20. William Hague’s seat is on the A1 at Richmond in Yorkshire and he went to Oxford.

WHITE HOUSE BETTING LATESTAlmost all bookmakers now have both Kerry and Bush at 5/6. The best value price is 17/20. The Betting Exchanges have slightly better value but remember you have to pay upto 5% commission on your winnings.